Ivica Prtenjača’s award-winning work “Der Berg” (Cro. “Brdo”, Eng. “The Hill”) is a novel about regaining freedom, the possibility of change and the fascinating Mediterranean culture.

The novel’s protagonist, and narrator, is a former public relations officer at a publishing house and the Museum of Modern Art who abandons his bourgeois existence, book launches, exhibition openings, invitations and speeches in order to climb the hill that dominates the landscape of an unnamed island in the Adriatic and spend the whole summer at a deserted army blockhouse where he will guard the island from forest fire. There, in the company of a dog and an old donkey, he sees his life reach its climax.

The novel was masterfully translated into German by Klaus Detlef Olof.

Ivica Prtenjača was born in 1969 in Rijeka where he studied Croatian language at the Faculty of Pedagogy. His poems and poetic cycles have been translated into French, Swedish, Lithuanian, Slovenian, Hungarian, Macedonian, English, German, Italian and Bulgarian.. 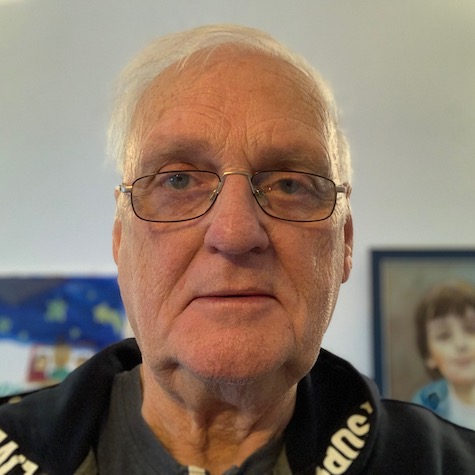 Klaus Detlef Olof was born in Lübeck and now lives in Zagreb and Pula. He is one of the most renowned translators from the South Slavic languages. Until 2005 Detlef Olof was a professor at the Universities of Klagenfurt and Graz…