Graphic novel Irmina, based on the life of the author’s grandmother, tells a story about a young woman and her gradual capitulation to Nazi ideology. In the mid-1930s, Irmina, an ambitious young German, moves to London. There she meets Howard from Barbados, one of the first black students at Oxford, and they fall in love. Their relationship comes to an abrupt ending when Irmina is forced to return to Hitler’s Germany. There she finds a job at the Ministry of War and hopes to return to England. However, the letters she sends to Howard keep coming back and Irmina finally marries a Nazi sympathizer. The couple ignores everything going on in Germany and silently accept the Nazi regime…

In the award-winning Irmina, Barbara Yelin perfectly conveys the atmosphere of pre-war and war-time Germany and explores how and why did Irmina, once a brave rule-breaker, ended up silently accepting Nazism. That opens up disturbing and painful questions about the role of ordinary people in criminal regimes, their choices and complicity: how much did they know and why did they ignore it? What caused such a sharp turn in Irmina’s way of thinking? Did she know whom she was supporting and was it a conscious choice? Irmina is an important graphic novel and a timely reminder of all dangers, past and present, of such choices, silence and passivity.

“In Irmina Barbara Yelin tells a story which satisfies even the highest of standards – storytelling-wise, drawing-wise, artistically and politically.”
– Frankfurter Rundschau

Barbara Yelin was born in 1977 in Munich and studied illustration at the Hamburg University of Applied Sciences. She became known as a comic book artist in France. Her first publication in Germany was Gift in 2010… 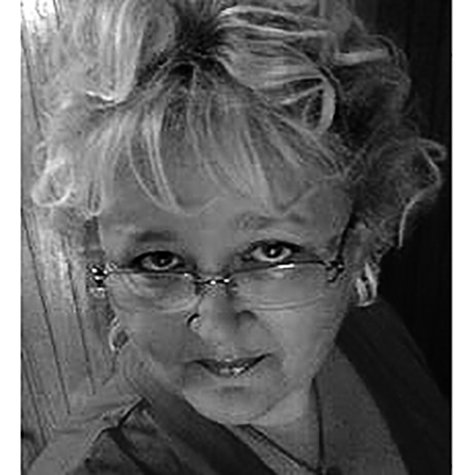 Tatjana Jambrišak graduated with a degree in English and German language and literature from the Faculty of Humanities and Social Sciences, University of Zagreb. She translated a large number of comic book to Croatian, notable among which are: A. Spiegelman’s Maus, N. Gaiman’s Sandman, C. Thompson’s Dekice, C. Burns’s Crna rupa, A. Moore’s Pakao, W. Ellis’s and D. Robertson’s Transmetropolitan …